Enter your City name or Pincode

Singtam is one of the famous cities of Sikkim. This city is situated in East Sikkim district. It is 30 kms far from state capital Gangtok. The town is located at an average elevation of 1396 meters. 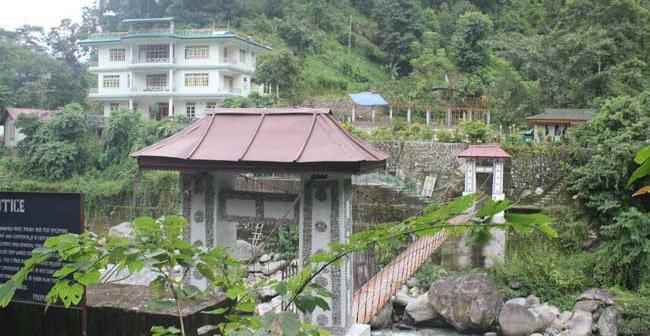 Singtam is located at geographical coordinates of 27.15°N and 88.38°E with an average elevation of 1,396 meters or 4,580 feet above sea level. It is located 30 kms from the state capital of Gangtok and is well connected by different modes of transport to the rest of state.

According to 2001 India Census, Singtam had a population of 5431.  It has an average literacy rate of 71%. Nepali, Bhutia, Lepcha, Limbu, Tamang, Sunwar are spoken in Singtam.

Singtam has many utility services for the people residing here. The postal services are provided by the Indian Postal Service and the electricity services by the Power & Electricity Department of Sikkim Government. There are also many leading telecommunication networks prevalent in Singtam. Some of the banks located in Singtam are:

Singtam is a beautiful city. There are many beautiful tourist destinations that people will love to explore on their visit to the city. The major attractions here are Bermoik Monastery and Dzongu Valley. It is also exciting among tourists to grab a view of the yellow heap of oranges besides the road here. King Palace, Chogyal Palace, Burdwan Mahjarajas Palace, Rabdengtse Ruins, Raj Mahal, Cooch Behar Palace are some of the places of tourist interest in and around Singtam.
There are few hotels in and around the city to accommodate the visiting guest in the town. Some of them are mentioned below  for reference.
Turuk Kothi Heritage Home
Address: Turuk, Sikkim 737128
Phone: 089673 89545

By Air: Bagdogra airport in West Bengal is the nearest one from here located at a distance of 124 kms from here. The Bagdogra airport is connected to Bangkok by a helicopter operating service. Scheduled flights operate to and fro from Kolkata, Delhi and Guwahati from this airport.
By Rail: Siliguri and New Jalpaiguri are the two nearest railway station of Singtam.

There are regular bus services and private taxi jeeps running for different routes. One can find long distance buses from different Indian cities to Siliguri and one can take a bus from Siliguri to Singtam that will take around 3 hours. The best time to visit here is from March to May and October to Mid-December.

Presence of hospitals and chemist shops has benefited the residents of this hilly town. Though few in number these healthcare institutions provides basic services to make oneself comfortable. The hospitals are capable of handling any emergency situation and helps in relieving suffering patients from pain and diseases.
Singtam District Hospital
Address: Golitar, National Highway 31A, Sikkim 737134
Phone: 03592 233 575

Are you a Business Owner?

Add the products or services you offer